Student of the Month

For the month of January, we are featuring a student who embodies the learning profile Open-minded.

Miyeon Kim
Jenny is an open-minded student who is full of curiosity. She is always looking forward to learning about cultures, values, and traditions that other people possess. In her IB classes, she tries to appropriately link cultural and historic knowledge of her beliefs to the lessons. With this kind of relationship that she has with her environment, she is able to develop awareness of the diversity that this world has. Her learning attitude with various points of view makes her an open-minded learner when interacting with the community.

Miyeon Kim – Our OPEN-MINDED Student of the Month. 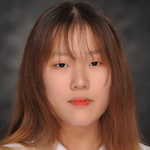 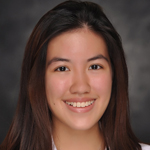 Alexa has always shown the characteristics of an inquirer ever since. She contains that natural curiosity wherein she doesn’t hesitate to ask preceding questions regarding such topics in classes. She also shows independence in learning all the time where she prefers to work independently to acquire the knowledge she needs on her own when studying advanced or when in school, and amongst that she helps her classmates when they’re in need of it. In addition, Alexa is always active in class and seeks to learn all the time, she finds the joy in learning in each of her class, especially when it is the topics that interest her the most.

Alexandria Antonio – Our INQUIRER Student of the Month. 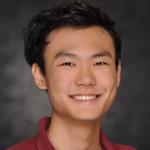 When i think of knowledgeable, Rain is the first person that come to mind. He has all the qualities of a knowledgeable learner and it is evident. His knowledge on science and other subjects is very prominent. However it is what Rain does with his knowledge that makes him stand out. He uses his knowledgeable mindset to solve problems and give explanations to issues. This is why Rain should be the learner of the month for knowledgeable.

Seunggyeom “Rain” Kim – Our KNOWLEDGEABLE Student of the Month. 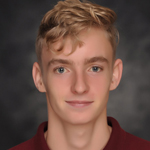 With the few classes I have with bailey he shows a genuine interest in the topics we talk about and gives many interesting ideas and thoughts to the class discussion. He is a person who definitely thinks and analyzes topics to an extent that gives a different and somewhat better perspective than most. 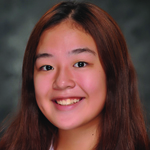 I think Meg is qualified to be a communicator for the month of November since she displays the character of one. With that, she displays her own confidence into understanding and expressing ideas, not just in one language but in three other. She displays a variety of modes of communication, and that is evidently seen by different students much more her classmates. Furthermore, I think Meg’s greatest factor is that she works effectively and willingly in collaboration with others. She will show no authority into working in collaboration but rather equality. She shows dedication into working with others and openly communicates with them.

Meg fits the communicator profile of the IB curriculum as she is able to speak multiple languages. This gives her an edge in being able to converse with other people. Her bright personality allows her to confidently convey her thoughts while balancing it with her great listening skills. These skills are essential in working collaboratively. Due to having these traits, Meg has been able to effectively participate in various clubs such as GEA wherein she has led various projects.

Meg is the best candidate that suits the IB learner profile of communicator as she never hesitates to express herself with confidence. Nevertheless, she delivers her ideas and thoughts creatively through her ability to speak more than two languages. This enables her to collaborate effectively with other individuals and groups, regardless in school or outside school. She also demonstrates the skills of a great listener as it could be seen in her club participations.

Knowing Megumi, she definitely qualifies for being a communicator. In her school organisations, such as GEA, she is able to confidently express ideas and suggestions that prove beneficial for the task at hand. Language barrier is also not a problem for her, given that she is able to speak more than three languages. Using that to her advantage, Meg is able to communicate herself more to others; This can be seen also during excursions to rural schools, when she serves as a language bridge for local kids to communicate with her non filipino speaking peers. Lastly, though she is often outspoken with her opinions, she is still able to listen to her peers and their criticism, given that the outcome of doing so will reap benefits for them as a whole

Megumi Tsuchiya – Our COMMUNICATOR Student of the Month. 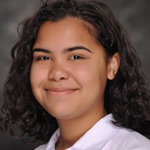 Tamara is fair and honest. She also gives her utmost respect to everyone in school whether you are a student, a teacher or a staff. She also takes her actions seriously and responsibly. She is fair to everyone and acts with integrity.

Tamara Achmat– Our PRINCIPLED Student of the Month.

Jenny is an open-minded student who is full of curiosity. She is always looking forward to learning about cultures, values, and traditions that other people possess. In her IB classes, she tries to appropriately link cultural and historic knowledge of her beliefs to the lessons. With this kind of relationship that she has with her environment, she is able to develop awareness of the diversity that this world has. Her learning attitude with various points of view makes her an open-minded learner when interacting with the community.

Miyeon Kim – Our OPEN-MINDED Student of the Month. 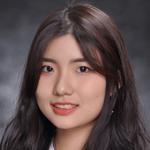 Sally has been a very active member of many service organizations in and out of school. She shows genuine care and concern for the feelings of others but this does not cloud her opinion on things. She is very objective and performs her role to the best of her abilities. She can move people to do their share of responsibilites in order for them to be better at their jobs. She does not grab the limelight to be praised. She does her work because she loves what she is doing.

Ju Yeon Choi – Our CARING Student of the Month. 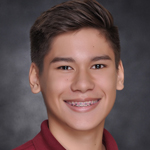 Zach demonstrates the aspects of a risk taker, especially this school year. He became one of the house captains, is part of the varsity council, and joined all three ISAC sports as well as APAC swimming. His biggest challenge this year was taking on football, which was a relatively new sport to him. He pushed himself to his limits and deserves the title of risk taker.

Zachery Kyle Hanses – Our RISK TAKER Student of the Month.

Academics, Extra-curricular activities, sports, relationship, leadership activites, name it and Sally has been excelling or has been an active member of it all. On top it all, her positive outlook in life is contagious. She complains with a smile on her face because she understands that she has to do it anyway and she has to do it really well. She gets stressed just like most if not all of the students because she cares and she always wants to give her best. She expresses her contrary opinions without sounding negative. Her happy personality says it all.

Ju Yeon Choi – Our BALANCED Student of the Month. 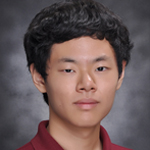 Tom is the ever quiet guy who listens attentively in class. Everything he does is methodical and he does not waste his time. His quiet demeanor does not hide the fact that he has a very deep understanding of things. This was manifested when he talked about “destiny” in one of the Chapel presentations. Destiny as a subject is not something that people think about in such depth as Tom has discussed it when he did the TedTalk last year. It can be sensed that he took a lot of effort and thinking in preparing his talk and he did it with conviction. He does not talk much nor does he question much but he reflectively forms his opinion based on deep understanding of facts and reality.

Seungmin Sim – Our REFLECTIVE Student of the Month.